From the UK to France, Italy and Germany some of the best pics that remind me of life in the Euro zone!
Read More 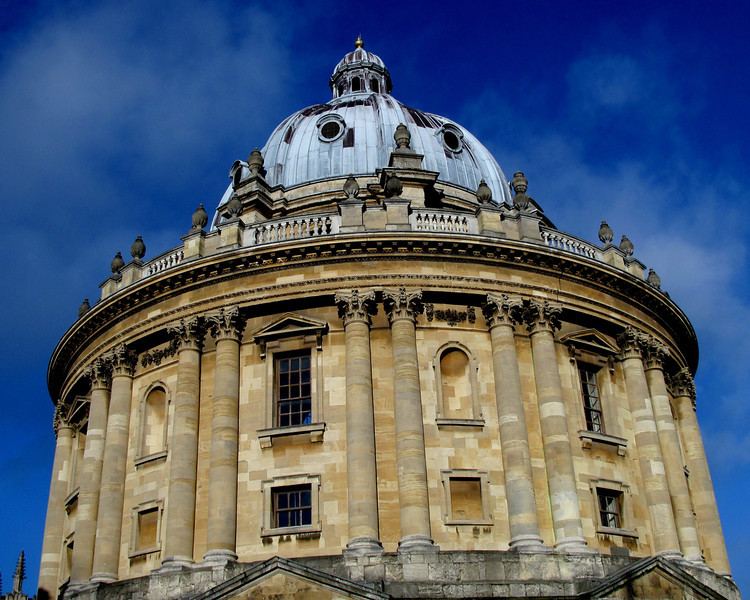 Radcliffe Camera in Oxford on a beautiful Winter day January 2012.
According to wiki "The building is the earliest example in England of a circular library. It is built in three main stages externally and two stories internally, the upper one containing a gallery. The ground stage is heavily rusticated and has a series of eight pedimented projections alternating with niches. The central stage is divided into bays by coupled Corinthian columns supporting the continuous entablature. The pedimented windows stand above mezzanine openings, reflecting the interior arrangement. The top stage is a lanterned dome on an octagonal drum, with a balustraded parapet with vases.

The construction used local stone from Headington and Burford, which was then ashlar faced. The dome and cupola are covered with lead. The original plan was for a stone dome, but after building 5 ft. 8 in. of the stonework, it had to be removed and the design was changed. Inside, the original walls and dome were distempered but this was later removed, revealing the decorations to be carved in stone. Only the decorative work of the dome is plaster"